Review: On The Island by Tracey Garvis-Graves

When thirty-year-old English teacher Anna Emerson is offered a job tutoring T.J. Callahan at his family's summer rental in the Maldives, she accepts without hesitation; a working vacation on a tropical island trumps the library any day.

T.J. Callahan has no desire to leave town, not that anyone asked him. He's almost seventeen and if having cancer wasn't bad enough, now he has to spend his first summer in remission with his family - and a stack of overdue assignments - instead of his friends.

Anna and T.J. are en route to join T.J.'s family in the Maldives when the pilot of their seaplane suffers a fatal heart attack and crash-lands in the Indian Ocean. Adrift in shark-infested waters, their life jackets keep them afloat until they make it to the shore of an uninhabited island. Now Anna and T.J. just want to survive and they must work together to obtain water, food, fire, and shelter. Their basic needs might be met but as the days turn to weeks, and then months, the castaways encounter plenty of other obstacles, including violent tropical storms, the many dangers lurking in the sea, and the possibility that T.J.'s cancer could return. As T.J. celebrates yet another birthday on the island, Anna begins to wonder if the biggest challenge of all might be living with a boy who is gradually becoming a man.

My thoughts:
A word of warning: Do NOT start reading this book unless you have several free hours ahead of you because seriously, you won't be able to put this out of your hands! I did not move from where I was sitting for hours and I don't even think I looked up from my Kindle until I finished the last page. It was so riveting and addictive- I couldn't have put it down even if I had wanted to! I can't believe I came so close to not reading this book. I never took the time to figure out what it was about and had figured it was just a regular adult romance which I rarely read. Turns out this is a survival book. I love survival books!

As the title suggests, this book is set on an island. Not just any island though; a desert one on which our two main characters find themselves stranded. T.J (16) and Anna (30) are on their way to T.J's parents when their plane crashes and they end up on this island, with no way to contact anybody. The first few pages were okay but once they reached the island, I was completely invested in the story and the characters and couldn't stop until I found out what was going to happen to them. T.J and Anna are stuck there for years. They have to quickly learn survival skills and they do a great job! They manage to stay fed and watered for a long time and were always coming up with solutions to the next problem.

The book wasn't perfect. Unlike many people, I wasn't really feeling the romance that inevitably formed after about 3 years. I didn't have an issue with the relationship itself but I just didn't find it very compelling or interesting. I also thought Anna and T.J could have thought some things out better which would have made surviving easier but other than that, I really loved this book and I'm so glad I read it! It was fascinating watching them try to live against all odds. The novel moves at an excellent pace. Sometimes we get to read about several days in a row and other times, it skips ahead months. This was great because it stopped the book getting boring and it didn't drag at all!

Overall, I would recommend this book to everyone, especially anyone who loves reading survival stories. It kept me on the edge of my seat and was just the book I needed to pull me out of my boring reading slump. I will most certainly be reading anything this author publishes in the future. I'm already excited for her next book, Covet, which won't be out until Autumn of this year. On The Island was definitely a gem!
Posted by Nicola at 1:00 am 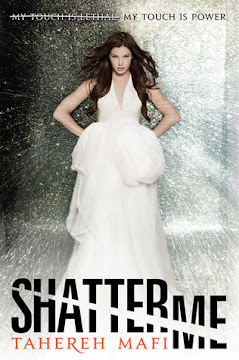